NASCAR is back this weekend in Darlington Fox TV will cover the event.

1010 WSPC will cover Stanly County High School Football for the 2020 season.  Listen to WSPC for your local News.

Charlotte had a third Pro football Team. The Charlotte Clippers. The Clippers were in the Dixie Football League and played for the Championship against the Norfolk Shamrock on December 7, 1941 in Memorial Stadium to a packed house of 8,000 fans. It was during this game that the Japanese attacked Pearl Harbor and the United States entered into WWII. Football was put on the back burner during the war years.  The Charlotte Clippers won the 1941 Championship and the Dixie League folded during the war years.  In 1946 The Dixie Football League came out of mouth balls and the Clippers won the 1946 Championship.  The 1947 season was never completed, however the Charlotte Clippers continued until 1949 as an independent football team picking up games where ever they could find them.

Coming Soon the 2020 season for the Carolina Panthers 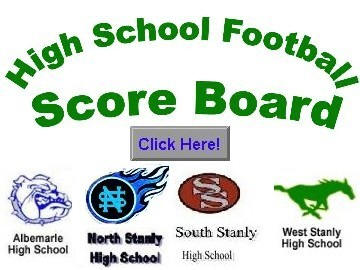